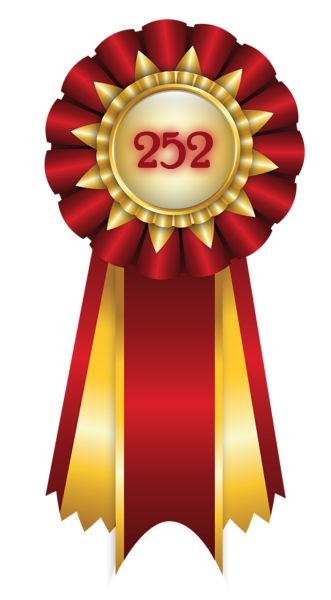 The club runs a 252 scheme, which is a great way for club members to improve while shooting a quick short round.

The idea is that you start by trying to score 252 or more at 20 yards. When you've done this twice, you earn a coloured ribbon and move to the next distance. While it's called a 252 scheme, the scores actually vary depending on the distance and the type of bow you're shooting. See the table below for details.

The scheme is currently being run for the club by Kate Shaw. There is a noticeboard and basket for scoresheets in the club hut - help yourself to a score sheet from the basket, and drop your completed score sheet into the basket when you've achieved the necessary score. If you don't see Kate to ask for a ribbon in person, they'll be pinned to the noticeboard with your name on to collect.

These are shot at a distance of the archer’s choosing and can be shot as part of any qualifying round, with a score of 252 or greater to be achieved to qualify for the award.

The three dozen arrows may be shot alone or as the first three dozen of a longer Imperial round.

In the interests of consistency, a score of 252 or greater (or the equivalent longbow, compound or barebow score) needs to be achieved twice to qualify for the corresponding award.

The score must be witnessed by a second senior (over 18) member.

GNAS shooting rules will apply, and the awards are as in the following table: